Medicine has been one of the most scientifically progressive fields. Breakthroughs are being made all the time, and they have created a solution for medical conditions that previously were incurable. Advances in medicine have allowed doctors to save countless lives by curing many diseases — the quality of life has vastly improved, lethal infectious diseases have been eradicated, and conditions that used to be serious are now manageable. Having this in mind, we will look back at the discoveries that have changed not just the face of medicine but the world we live in. 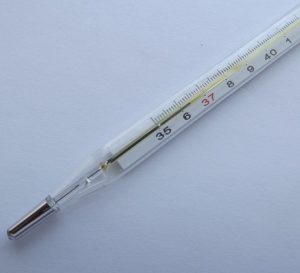 Thermometers are so ubiquitous nowadays; however, it has not yet been determined exactly who should take the credit for this incredible discovery. Although Gabriel Fahrenheit invented the first mercury thermometer in 1714, Galileo is often claimed to be the inventor of the first device ever to measure temperature. Basically, when the temperature is rising, the molecules of the liquid in the thermometer start moving faster, which causes them to expand and rise in the tube. The opposite process happens when it’s cold — the molecules of the liquid slow down, which causes them to get a little closer together.

A medical procedure that is so common that we sometimes take it for granted, X-Ray imaging, was actually accidentally discovered by Wilhelm Conrad Rontgen, a German physicist who was studying the process of electricity passing through a gas under extremely low pressure. On Nov 5, 1895, he discovered that the cathode ray could produce some unusual images.

Later on, he X-rayed his wife and the results were astonishing — he was able to clearly see her bones and wedding ring, but not the flesh. Since the rays were invisible, he named the discovery X-radiation because of its unknown nature. He was awarded the first Nobel Prize ever in 1901, and his invention keeps saving lives up to this day. 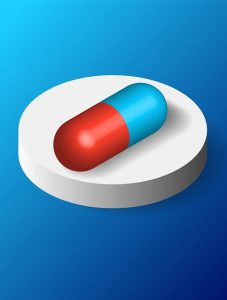 Although most people refer to Alexander Fleming as the inventor of antibiotics, it actually was Paul Ehrlich and Alfred Bertheim who invented the first antibiotic named Salvarsan in 1907. Nowadays Salvarsan is known as Arsphenamine, and back in the day, it was the first drug to effectively treat Syphilis.

Alexander Fleming’s discovery of Penicillin in 1928 happened by accident — he had left the petri dish overnight, only to find out tomorrow that the mold was actually repelling the bacteria around it. Later on, he discovered that Penicillium Notatum possesses antibacterial properties. The discovery of antibiotics still has a profound effect on medicine and, in combination with vaccines, it has helped in treating and curing diseases that had taken countless lives throughout history, like tuberculosis.

Smallpox was one of the deadliest diseases in the history of mankind that took millions of lives. It holds a unique place in medicine as it’s the only human disease to have been globally eradicated by vaccination, thanks to the remarkable work by Edvard Jenner.

The last recorded case of smallpox infection was in 1977, but according to estimates, the deadly disease had taken over 30 million lives in the 20th century alone. In his experiments, Jenner discovered that a milkmaid was immune to the disease because she had already been exposed to cowpox. Then he isolated cowpox and used them to create a successful vaccine. This was undoubtedly one of the greatest discoveries in medical history.